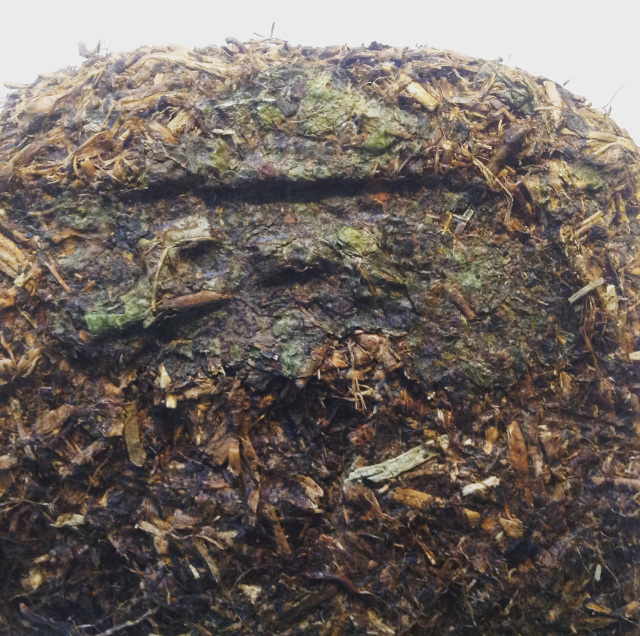 Technically a green tea but not at all a typical green tea. Read on:

These enormous tea bricks are made from tea leaves and stems processed in Kobuleti, Adjara, in the country of Georgia. Back in the ol' USSR, the climate and latitude of Georgia was ground zero for their troubled - and only marginally successful - attempt at sate-run tea production. When the Soviet Union fell, so did most of the big tea factories and much of the tea went wild or was replaced by other agriculture. Kalmyck tea, however, is still made today and is a favorite of the Kalmyck people of the Cauacasus, Southern Russia, Mongolia and Kyrgyzstan. it is most traditionally simmered with salt, butter, spices (bay, pepper, nutmeg, cloves and dash of wild oregano) and serves in large bowls alongside yeasted donuts and cheese.Similar to the Fu Zhuan, Ya'an and other hei cha bricks made for nomads and village folks in remote regions, it is high in vital nutrients for areas where vegetables are rare in their diets.

This tea is a piece of living history, pretty hard to come by, and featured in our Russian/Georgian tea bundle.